IT Outposts » Blog » What Is Kubernetes? Kubernetes Architecture Overview

The deployment and testing of modern software have been transformed by container-based microservices architectures like Kubernetes architecture. Modernizing businesses is easier with containers as they make it easier to scale and deploy applications, but containers also introduce additional challenges and complexity due to the emergence of a completely new infrastructure ecosystem.

The number of container instances deployed by software companies today varies greatly, and managing that scale is challenging both for large and small companies alike. How are they able to do this?

Let’s begin with the Kubernetes definition. Kubernetes is an open-source container orchestration platform that was originally developed by Google to automate the deployment, scaling, and management of containerized applications. A number of major companies like Google, AWS, Microsoft, IBM, Intel, Cisco, and Red Hat have supported Kubernetes in its role as the defacto method of container orchestration. It is the flagship project of the Cloud Native Computing Foundation (CNCF).

What is Kubernetes Used for? 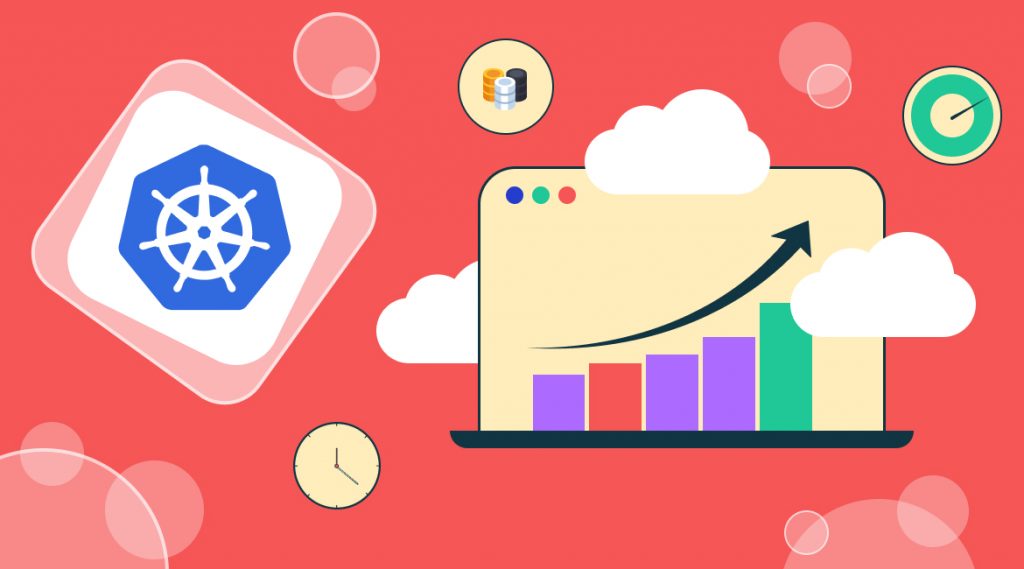 Kubernetes is an easy-to-use container platform that makes it convenient to run microservices-based applications. In doing so, it creates an abstraction layer over a group of hosts so development teams can use them to deploy applications and allow Kubernetes to manage the following tasks:

How Did Kubernetes Become So Popular?

A growing number of organizations are switching to microservices and cloud-native architectures that utilize containers and are looking for strong, proven platforms. Four main factors motivate practitioners to migrate to Kubernetes:

1. Your business moves faster with Kubernetes

Kubernetes enables self-service platform-as-a-service (PaaS) for the development team that creates a hardware abstraction layer. Resource requests can be made quickly and efficiently by your development teams. The resources needed to handle the additional load can be found within the shared infrastructure of all your teams so that they can be acquired just as quickly.

Getting a new machine to run your application has never been easier! No more forms to fill out. Utilize the Kubernetes tooling for automated deployment, testing, and packaging to just provision and go. (We will discuss Helm in an upcoming section.)

2. Cost-effectiveness is a hallmark of Kubernetes

Compared to hypervisors and VMs, Kubernetes and containers optimize resources much more effectively. A container requires less CPU and memory resources to run because it is so lightweight.

In addition to Amazon Web Services (AWS), Microsoft Azure, and Google Cloud Platform (GCP), Kubernetes can also be deployed on-premises. Moving workloads does not require redesigning applications or reconfiguring your entire infrastructure, so you can standardize on a platform rather than being locked into a particular vendor.

Kubernetes clusters can be deployed and managed on-premises or at any cloud provider, thanks to companies such as Kublr, Cloud Foundry, and Rancher.

4. Kubernetes will be managed by cloud providers

Kubernetes: How Does It Work?

Kubernetes relies on its cluster as its central component. In a cluster, many virtual or physical machines work as either masters or nodes, each with a specific role.

Containers (containing your applications) are housed in each node, and the master communicates with nodes regarding when containers must be created and destroyed. Additionally, it instructs nodes how to re-adjust traffic routing based on new Kubernetes container alignments.

Kubernetes architecture diagram is showing a general view of the cluster:

As the cluster’s touchpoint (and control plane), the Kubernetes master manages scheduling and deployment of containers for administrators and other users and their interaction with the cluster. There will always be one master in a cluster, but there may be others depending on the replication patterns of the cluster.

In etcd, a persistent and distributed key-value data store, the master stores all cluster-wide state and configuration information. ECTD is accessible to each node and, through it, nodes can discover how to understand the configurations of the containers running on their instance. It is possible to run etcd on the Kubernetes master or in a standalone configuration.

For masters to communicate with the cluster at large, kube-apiserver is their main point of access to the control plane. Using kube-apiserver, for example, the cluster’s configurations in etcd are matched to the settings of containers deployed.

Kube-controller-manager is responsible for controlling the cluster’s state via the API server of Kubernetes. This service manages deployments, replicas, and nodes. The node controller, for example, handles node registration, as well as monitoring a node’s health during its lifetime.

Kube-scheduler tracks and manages the workloads on nodes in the cluster. Based on the nodes’ availability and capacity, this service assigns work to nodes accordingly.

A kubelet, an agent process on each Kubernetes node, manages the node’s state by starting, stopping, and maintaining application containers as determined by the control plane. A kubelet collects information about the health and performance of the nodes, pods, and containers it runs. This information is shared with the control plane in order to help its schedule.

On the nodes of the cluster, kube proxy acts as a network proxy. In addition, it is a load balancer for the services running on the nodes.

Pods are the basic scheduling unit, each of which consists of one or more containers that can share resources and are guaranteed to be co-located on the host machine. Within the cluster, each pod is assigned a unique IP address, so that ports can be used freely.

The desired state of each container in a pod is described in a YAML or JSON object called a Pod Spec. The API server passes these objects to the kubelet.

Volumes, such as disks or network drives, can be defined and exposed by a pod to the containers inside, allowing different containers to share storage space. As an example, volumes may be used when one container downloads something and another container uploads it to a different location. In light of the fact that containers in pods can be ephemeral, Kubernetes provides a type of load balancer, called a service, that helps send requests to groups of pods. Service targets logical groups of pods generated by labels (explained below). You can enable public access to services if you wish them to be accessed outside of the cluster. By default, services can only be accessed within the cluster.

This is a collection of YAML objects defining the pods and the number of containers, known as replicas, included in each pod. A ReplicaSet in the deployment object defines how many replicas should run in the cluster. The replica set, for example, ensures that another pod is scheduled on another available node if a node running a pod dies.

A DaemonSet runs a specific daemon (in a pod) across the specified nodes. The most common use of DaemonSets is to provide pods with services or maintenance. In IT Outposts Infrastructure, a DaemonSet is used to deploy the Infrastructure agent across all cluster nodes.

On top of a physical cluster, namespaces allow you to create virtual clusters. In environments that have many users distributed across multiple projects or teams, namespaces are intended for use. Resource quotas are assigned and cluster resources are logically isolated.

A Label is a key/value pair assigned to a Kubernetes object or pod. Objects can be organized and selected using labels in Kubernetes. You can quickly find the information you are interested in by drilling down with labels when monitoring Kubernetes objects.

When using StatefulSets, you are able to assign unique IDs to pods so that they can be moved to another node, networked, or data can persist between them. In the same way, persistent storage volumes provide a cluster with storage resources to which pods can request access as they deploy.

This is a method for locating services between pods in Kubernetes using DNS. Your infrastructure may include other DNS servers in addition to this one.

It is possible to integrate Kubernetes with a logging tool in order to use it to gather and store logs from applications and systems within a cluster, using standard output and standard error.

Cluster logs can be stored on your own log storage solution if you choose to use Kubernetes. Kubernetes does not feature native log storing.

Helm is a registry for application packages for Kubernetes, maintained by the CNCF. You can download and deploy Helm charts in your Kubernetes environment as pre-configured software resources. A CNCF survey conducted in 2020 found that 63% of respondents preferred Helm for managing Kubernetes packages. DevOps teams can focus on managing Kubernetes applications more efficiently when using Helm charts. Charts can be shared, versioned, and deployed in their development and production environments using it.

Kubernetes and Istio: a popular pairing

When you have a microservice architecture, like those in Kubernetes, your service instances communicate with each other via a service mesh, which is an infrastructure layer. The service mesh also provides the ability to configure critical actions such as service discovery, load balancing, data encryption, and authentication and authorization among service instances. It is predicted that service meshes like Istio will become increasingly inseparable in the near future, given that tech giants like IBM and Google have already delivered on that promise.

With Istio, the IBM Cloud team can control, monitor, and secure its Kubernetes deployment over a massive scale. Istio helps IBM in the following ways: 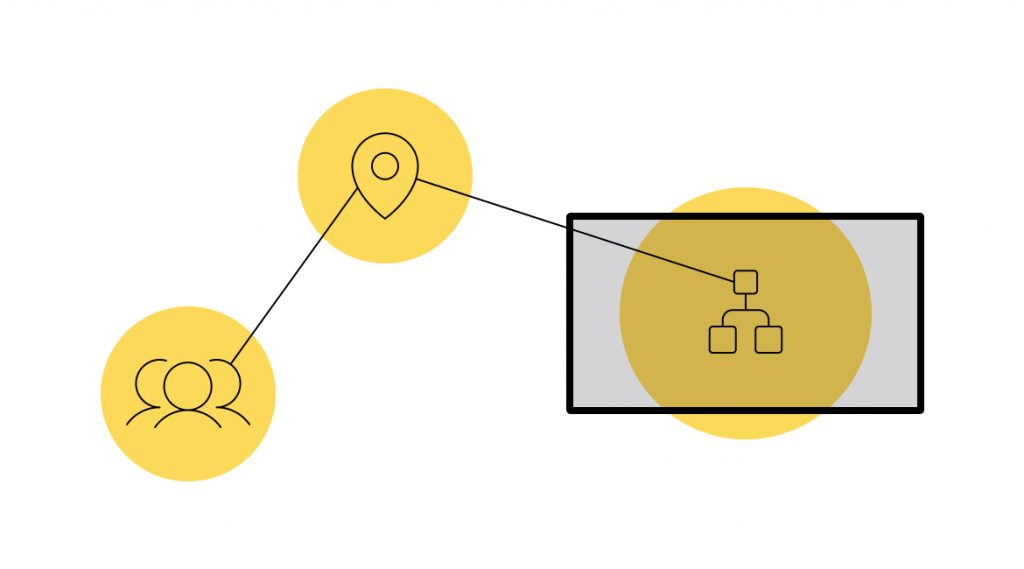 After five years, Kubernetes has made great strides. Growing pains are part of that kind of rapid growth, however. Kubernetes adoption faces the following challenges:

1. It can be confusing to navigate the Kubernetes technology landscape

One of the things developers like about open-source technologies such as Kubernetes is that they can innovate quickly.

There is a danger of too much innovation, which becomes more problematic when the Kubernetes code base moves too quickly for users to keep up. New adopters can feel overwhelmed by the variety of platforms and managed service providers.

2. Business priorities don’t always align with the goals of forward-thinking developers and IT teams

Teams that only receive budgets for maintaining the status quo may find it difficult to attract funding to experiment with Kubernetes adoption initiatives, as these initiatives often take up a lot of team resources and time. Lastly, IT teams at enterprise companies are unwilling to take risks and are slow to adapt.

3. Kubernetes is still being mastered by teams

The adoption of containers among development and IT operations professionals began just a few years ago, and now, container orchestration is part of those efforts. A company trying to implement Kubernetes needs team members who not only know how to code, but also know how to manage operations and understand architecture, storage, and data workflows.

4. It can be difficult to manage Kubernetes

The Kubernetes Failure Stories GitHub repository has a number of Kubernetes horror stories, from DNS outages to a cascading failure of distributed systems.

You can contact us for guidance on Kubernetes or in case you require DevOps experts’ help on your project. The DevOps services provided by IT Outposts can help you reach your business goals by utilizing well-proven tools and technologies.