IT Outposts » Blog » Do I really need DevOps as a service In my Start-Up?

The tech world can be complicated. Sometimes it feels like tech experts are from another planet and talk in a completely original language. For example, you have probably heard about DevOps as a managed service, but what does that really mean? And how can you benefit from it? Keep reading and I will satisfy your curiosity.

Have you heard the saying, ‘collaboration is the key to success’? This is also true in software development. This is the key to understanding ‘DevOps as a service’. It is a culture which promotes collaboration between the development team and the operations team – which is where the word ‘DevOps’ comes from!

Let’s dive deeper and explore the term ‘DevOps as a Service’ (DaaS). DaaS is a group of DevOps engineers who work as an outsourcing company and offer their services to different companies. DevOps engineers lead your product’s journey from the start to the end. You may say, that sounds fine in theory, but how has that worked in practice? What other companies have used DevOps like this? Let me share a few examples with you. 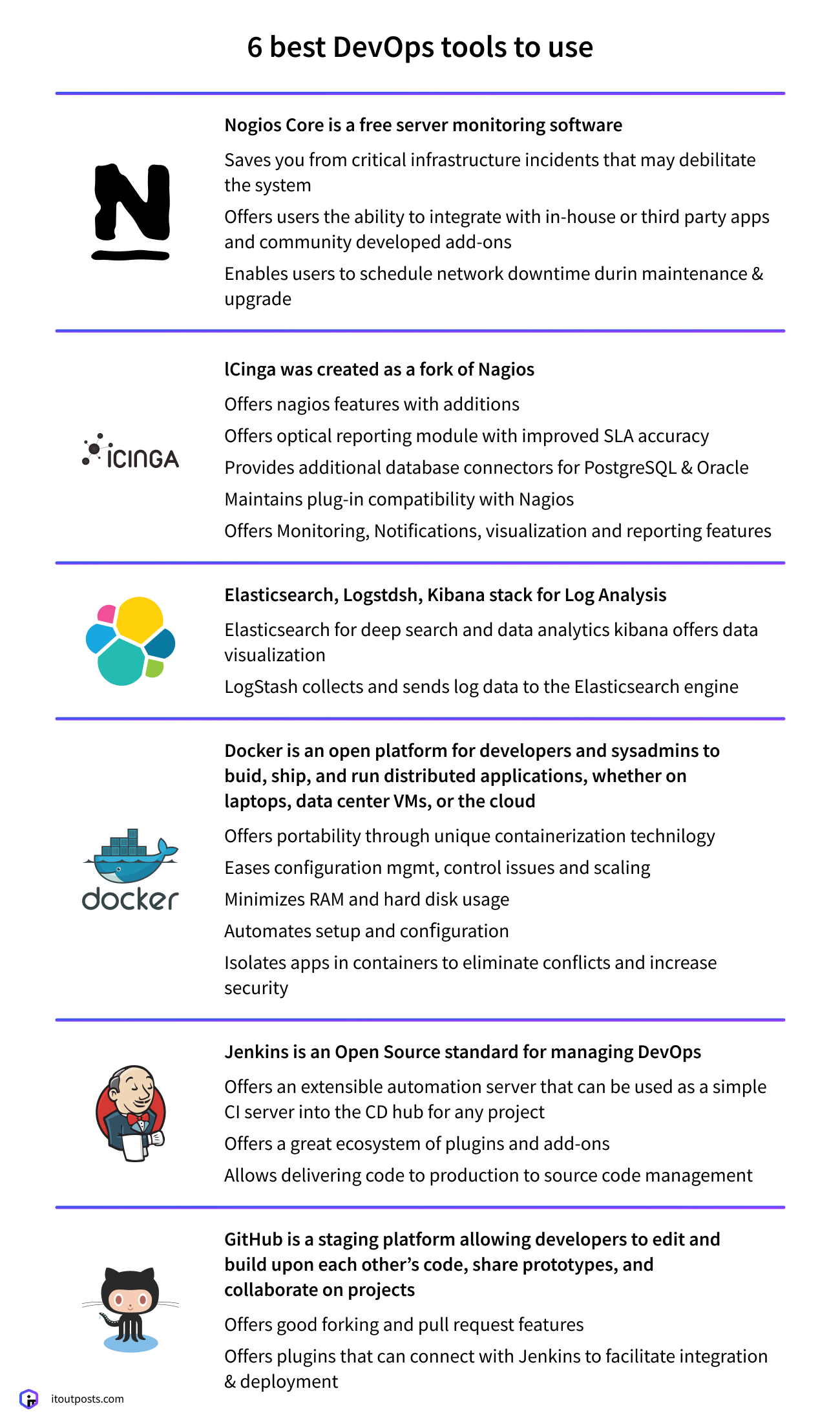 Today, Amazon has quite a reputation for excellent DevOps, but it wasn’t always like this. Years ago, Amazon was running on a dedicated server. They had problems with predicting the quantity of equipment for their traffic demands. This issue led to a big waste of server capacity. But everything changed when Amazon exchanged their physical servers for the Amazon Web Services (AWS) cloud. This improvement saved resources by scaling server capacity. To quote John Jenkins, a former lead engineer at Amazon, “the transition to agile DevOps is saving millions.”

Read also: How can DevOps  grow my eCommerce business?

Netflix has over one hundred million users. They operate a cloud-based infrastructure that consists of hundreds of microservices. Thanks to automated monitoring, if the deployment of a video fails, new files are quickly brought up and traffic is rerouted to the new version.

The rate at which this entertainment game-changer has adopted new technologies and implemented them into its DevOps approach is setting new standards in IT.’ – Coman Hamilton, JAXenter editor

In the beginning, Etsy had problems with slow site updates that often caused site failures. Everything changed when their new DevOps team came into the picture. Etsy replaced its old model with a new, agile force!

Adobe’s DevOps journey started when it replaced packaged software with a cloud services model. But they face a new problem. The new cloud model requires a continuous series of small software updates instead of big, semi-annual releases. To keep up with these new requirements, Adobe uses the CloudMunch end-to-end DevOps platform. After implementing this DevOps solution, they started to deliver their product faster and improved their product quality management.

According to the Wall Street Journal, Adobe was able to meet 60% more in app development demands after implementing DevOps.

We know that software delivery is no child’s play. This is why many big-name companies choose DevOps to develop, test, deploy, and maintain an app. But what is all the fuss? Why does software development require DevOps so badly? 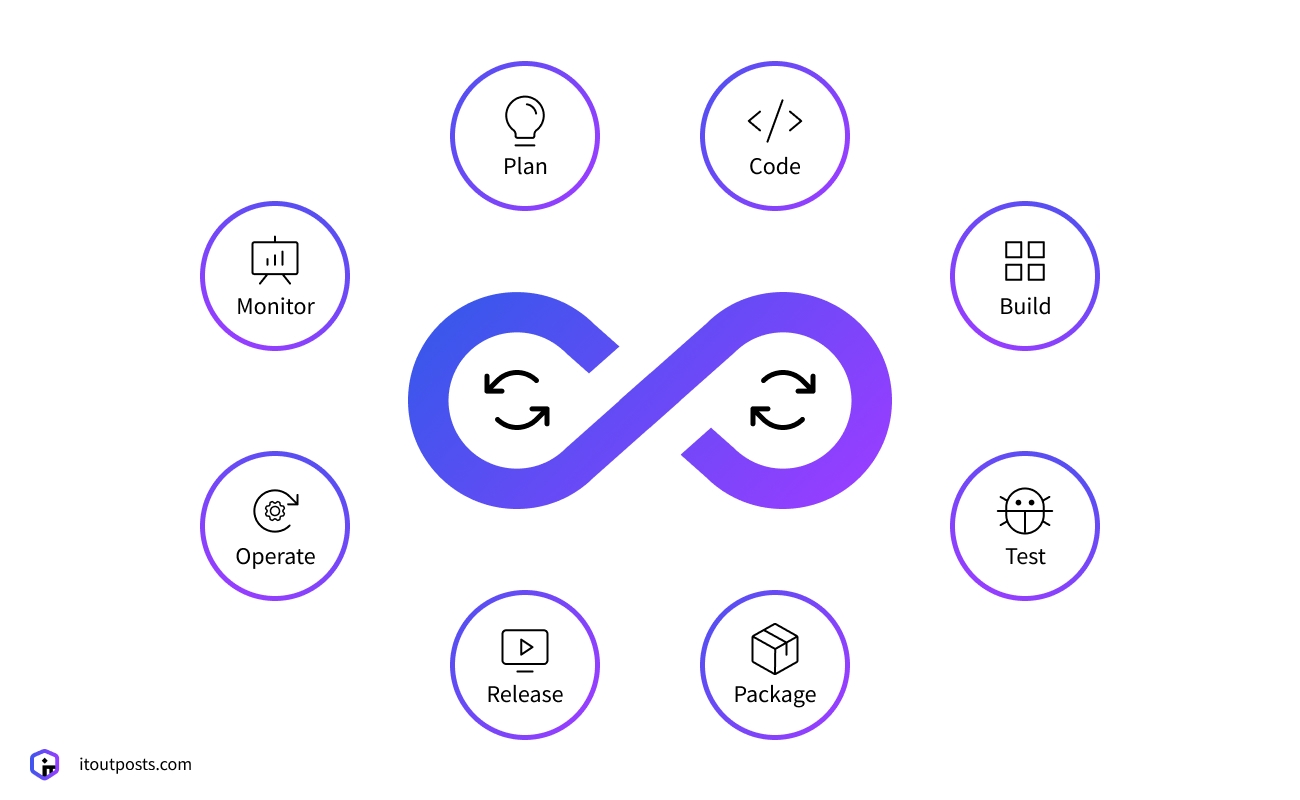 DaaS helps reduce the time to market new applications. This means more time to test your app’s market penetration. This allows you to conduct more marketing experiments with your app than before. 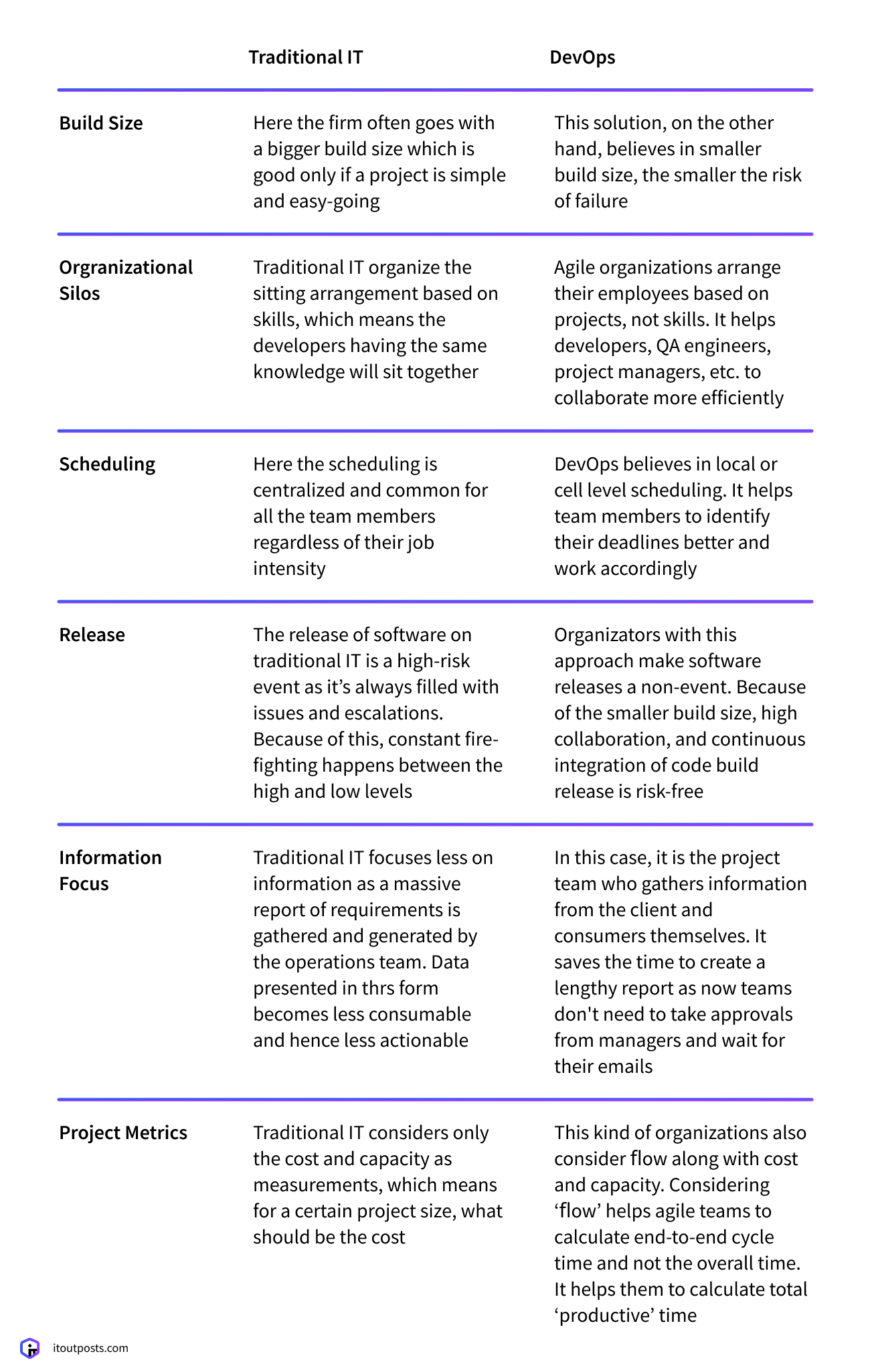 No more waiting for results. Developers can fix bugs and build apps faster, which then allows the deployment teams to deploy apps faster. That way, the app can reach the market in record time.

# 5 Reduce IT staff and reduce costs

DevOps helps everyone from big businesses to small start-ups save money on mobile or web app development projects. 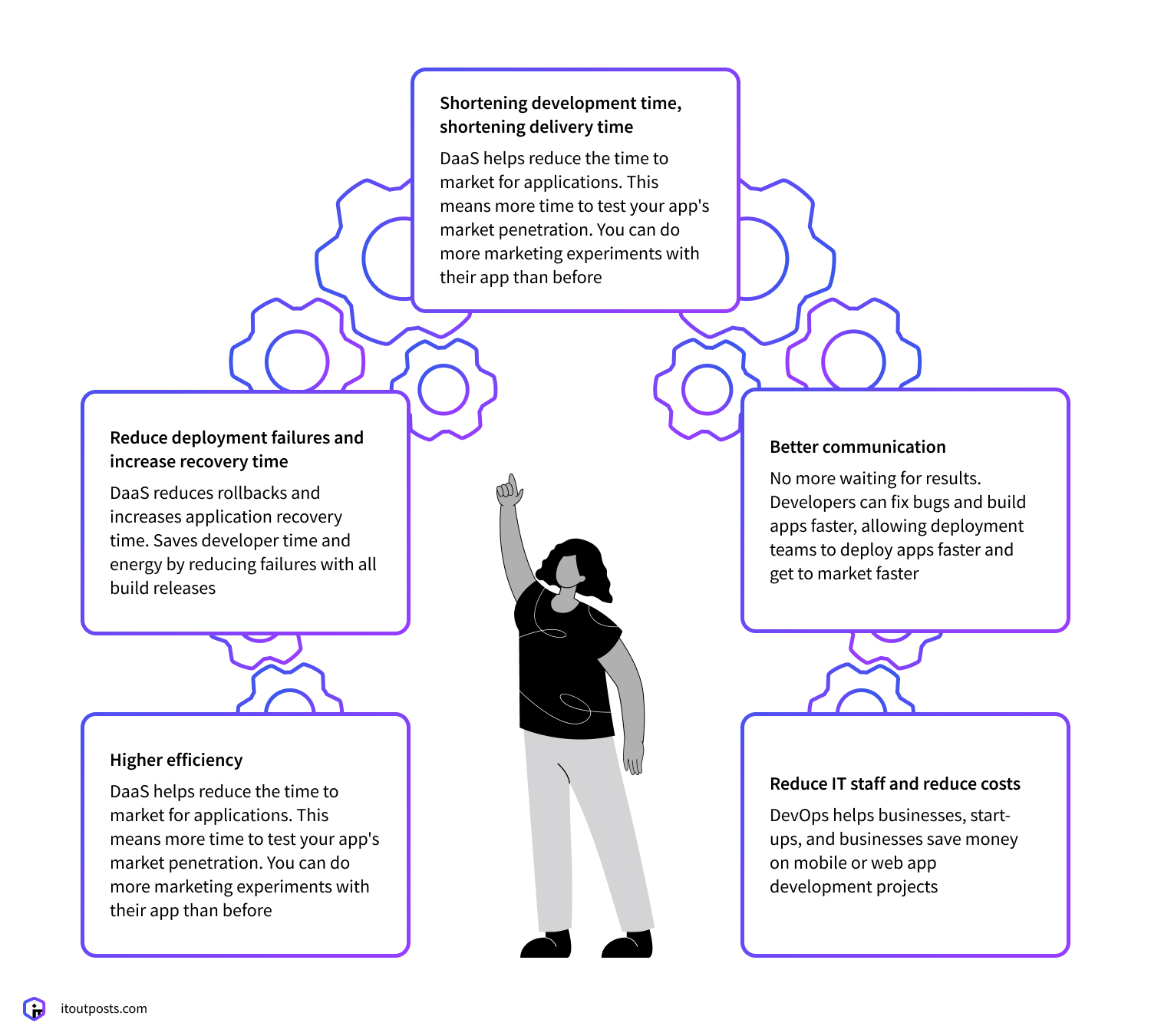 DaaS: 7 Reasons to Get Started

I want to get started. How do I begin?

Whether you are looking to develop a new application, or you’re looking to upgrade your old apps, contact us and get a ready solution for your project absolutely for free.

What are the key components of DevOps?

Since DevOps is a culture rather than a technology, there are three main components of DevOps: People, Process, and Technology.

What is the DevOps model?

DevOps is the combination of cultural philosophies, tools, and practices that increases an organization’s ability to deliver apps and services at high speed.

Why do I need DevOps?

The main aim of DevOps is to enable faster application release and deployment cycles.